Religions for a Galactic Civilization is an old (1981) article by William Sims Bainbridge. 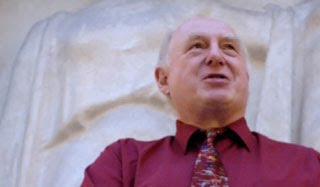 One of my first impressions after reading "Religions for a Galactic Civilization" for the first time was that it is dated (well, it was written 26 years ago). I wrote: "If Bill were to write the same article today, he would probably mention NBIC technologies (nanotechnology, biotechnology, information technology and cognitive sciences) besides space travel and colonization. I hope he would give less space to Scientology, and I am sure he would discuss the works of transhumanist thinkers in great detail. I think the first sentence quoted below could be written, today, as "We need a new transhumanist social movement capable of giving a sense of transcendent purpose to dominant sectors of the society"".

Religion for a Galactic Civilization 2.0 is one of those seminal articles which some readers love, other readers hate, but all readers find interesting and mind changing. I loved the strong statement at the beginning of the article, "we need a new definition of spaceflight that will energize investment and innovation. I suggest a return to the traditional view: The heavens are a sacred realm, that we should enter in order to transcend death.". As I hoped, the revised and updated version of the article is informed by current science and technology, and the work of transhumanist thinkers. Bainbrodge understands that the current stagnation of spaceflight is, basically, a motivational problem, and proposes a solution: "creation of a galactic civilization may depend upon the emergence of a galactic religion capable of motivating society for the centuries required to accomplish that great project. This religion would be a very demanding social movement, and will require extreme discipline from its members, so for purposes of this essay I will call it The Cosmic Order.". The first version of the Religion for a Galactic Civilization text has inspired the founders of the Order of Cosmic Engineers, and I look forward to the impact of the second version on the evolution of this organization. Let's build the Cosmic Order!

Bill is not afraid to present grand Stapledonian cosmic visions of galactic civilizations of godlike ex-humans roaming the universe as immortal uploads. Galactic civilizations and mind uploading were also discussed by Martine Rothblatt recently, in a great Second Life talk where she said "the 40th anniversary of Apollo 11 reminds us of the imperative to move outwards--we must get religiously fanatic about galactic colonization", and discussed mind uploading in the context of galactic colonization--the presence of uploaded minds in self-replicating probes to colonize the galaxy--and invited the audience to start a gradual, non destructive mind upload process by building a mindfile via her CyBeRev project to upload to self replicating spacecraft take part in the future cosmic adventures of our species.

Bill's favorite approach to mind uploading is very similar to Martine's: "Actual everlasting life will be possible in the near future, using a combination of advanced technologies that have been developed for other purposes (Moravec 1988; Kurzweil 1999; Bainbridge 2003, 2004, 2006a, 2006b, 2006c, 2006d, 2007a, 2007c). The process will be complex, but in outline form it consists of four stages. First, you will be recorded: all your memories, personality, skills, physical characteristics and genetic inheritance. Second, this information will be entered into a vast computerized data base, so that future generations can draw upon your experiences and you can continue to be part of this world after your death. Third, your data will be transported by robot spacecraft or radio transmission to the solar system of a distant star, where a new colony is to be established. Fourth, you will be reconstituted from the recording and begin a new life in a fresh, young body as a colonist of the new world.". I think this approach to uploading is basically correct, but I also think it can only work in practice with neural BCI (Brain-Computer Interfaces) order of magnitude faster than current person-computer interfaces. However, such interfaces are being slowly but steadily developed in research and commercial labs around the world, and we may see some relevant advances soon. One of the first application fields for fast BCI is the development of better user interfaces for VR worlds, also discussed in depth in Bainbrodge's article.

One PS comment: it may seem that the wildly transhumanist, cosmic approach of Bainbridge's Religion for a Galactic Civilization 2.0 is very different from the technoprogressive, down-to-earth approach of Treder's Meanwhile, People Are Dying, published on the IEET site a few days ago. But I think the two approaches are compatible, complementary and mutually reinforcing. Achieving Bill's vision will require working pragmatically in today's world in order to make it better day-by-day, while the prospect of Bill's Galactic Civilization can provide us, here and now, with the required energy, motivation and drive.
Posted by Unknown at 8/21/2009

Email ThisBlogThis!Share to TwitterShare to FacebookShare to Pinterest
Labels: cosmism