This is the home page of Giulio Prisco. I am a physicist and computer scientist by training, and a former senior manager in the European space administration. I am now freelancing and based in Budapest.

I am mainly interested in science, new technology, IT, space, and NBIC: the convergence of nanotechnology, biotechnology, information technology and cognitive science with the goal to improve human performance, expanding human cognition and communication, improving human health and physical capabilities.

My own short and hopefully simple definition of transhumanism:

The basic tenet of classical Humanist thinking is that concrete thinking and feeling persons are more important than abstract, "artificial" ethical constructs. Extrapolating from current scientific and technological trends, we can see that our species may soon develop the capability to control its own evolution, including modifying itself in fundamental ways. Such modifications may range from life extension and cognitive enhancement (mid term), to becoming non-mortal radically enhanced software entities (long term). Transhumanists will welcome such changes as long as they result in a better life for all persons directly concerned, where "person" is defined as "thinking and feeling entity".

My worldview in a nutshell: I appreciate that our world is complex, and I am very suspicious of simple black-and-white truths, magic formulas and one-size-fits-all solutions. An engineer at heart, I believe we should carry both a hammer and a screwdriver to deal with a complex reality which contains both nails and screws. Hard thinking and hard working on a case by case basis is much better than following a pre-packaged simplified worldview and, sometimes, may permit achieving goals that seem mutually exclusive at a first glance.

I think that many libertarians and many socialists have valuable ideas, and I think that many believers and many atheists have valuable ideas. In politics, I wish to see some kind of smart combination of libertarian and socialist approaches. Some will say that this is impossible, but I am comforted by the fact that many thinkers whom I respect thought otherwise. I tend to be in favor of "glocalized" governance systems where decisions on issues that have a global impact are taken at a global level, and decisions on issues that only have a local impact are taken at local level. Of course, the devil is in the details. However, I am firmly for "live and let live" and I believe restrictions of personal freedom can only be accepted in very extreme cases. I am very close to the radical social-libertarian positions of the Pirate Party.

In religion, I understand the position of atheists, but I sympathize with the "spiritual" approach to reality and values of many believers. In other words, I can live with most combinations of moderate [socialism, libertarianism, atheism, spirituality]. At the same time, I find fundamentalism, bigotry and intolerance VERY annoying, regardless of where they come from.

I am also interested in many other things, including what unkind people would call fringe - weird science. Having been trained as a scientist, I can usually distinguish a good weird idea from a bad weird idea.

I try to follow the impact of new technologies on culture, politics, and everyday life, and I think that we have not even started using the Internet as enabling technology for radical change. Things may become much more interesting in a few years, for example with the deployment and widespread adoption of the mobile web and massively multiuser online virtual worlds.

In 2006, 2007 and 2008 I have established a transhumanist presence in Second Life. In 2010 I have launched teleXLR8, a telepresence community for cultural acceleration. 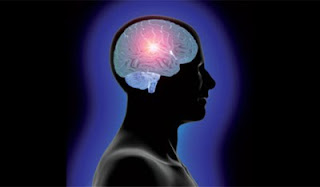 Wired Science has an article on Save Mind Uploading From Wikipedia Doom: "The entry for mind uploading -- one of the cooler concepts of modern life -- may be deleted from Wikipedia if it's not improved. Involving the transference of a mind from biological brain to computer hardware -- or, for that matter, any other substrate... It's been postulated by such artificial intelligence luminaries as Ray Kurzweil, Marvin Minsky and Hans Moravec... In addition to its cultural role, mind uploading also reflects a fundamental assumption of modern neuroscience and cognitive theory: that consciousness does not require some mysterious, immaterial energizing force, but is contained in the physical interactions of a brain and its structure, and can thus be quantified and described."

The Wired blog has an invitation to participate in the Wikipedia discussion on the fate of the article and vote against its deletion. The same invitation has appeared on transhumanist websites, blogs and mailing lists, and it appears that the article will be kept. The Wired blog has popularized the concept of mind uploading, and I am sure some readers will explore transhumanist writings on mind uploading in more detail.

I agree that the Wikipedia article on Mind Uploading should be improved -- I will try to find some time next week, once the proposed deletion notice has been removed, to participate. But a Wikipedia reader who think an article should be improved should give the good example and begin improving it, not propose it for deletion. So i wonder why the article was immediately proposed for deletion instead of being edited to clarify the concepts, improve the wording, and add some of the hundreds of valid references to the work of creative and respected scientists, which is easy to find on the web. But then, it is not the first time that Wikipedia articles on transhumanism are removed or vandalized.

If I had more time I would contribute to Wikipedia much more -- I am very fond of Wikipedia and consider it as a proof that the Web is really beginning to change our lives in a very significant way. If you think of it, it is truly amazing that a repository of knowledge like Wikipedia is one click away, and I am developing the habit of looking into Wikipedia first whenever I want to know something about something new. And the fact that Wikipedia is open in a P2P crowdsourcing mode -- everyone can contribute to it -- is its main strength. It shows what real democracy can be.

But what is democracy? I think democracy at its best protects minority points of view. But democracy at its worst becomes a dictatorship of a moral majority of bigots and assholes, where minorities are oppressed and their ideas are suppressed. Democracy can become two wolves and a lamb discussing, of course democratically and by majority vote, what to have for dinner. I want to live in a democracy where hundreds of flowers can bloom, not in a dictatorship where only flowers of the approved party line are allowed to exist. I wish to do something to save Wikipedia from bigots.
Posted by Giulio Prisco at 4/02/2009 No comments: 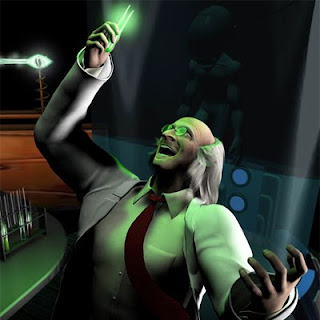 You may have noticed a recent series of anti-transhumanist rants on Dale Carrico's blog, triggered by a post on Michael Anissimov's blog. In one post Carrico informs us that Giulio Prisco May Be One of the Most Idiotic People Alive and portrays me with the nice image above, which I absolutely love and will adopt as one of my icons.

I, the mad scientist in the image, am guilty of reminding Carrico that everything under the stars, including biological systems like ourselves, is a physical system composed by atoms, molecules and fields which move around and do their things in accordance with physical laws. Some physical laws are already understood well enough for engineering applications, while others are not yet understood well enough for engineering applications. Science advances, and sooner or later it will understand even today's poorly understood parts of nature well enough for engineering applications. Including, why not, "personal techno-immortalization via either the superlongevity medicine presently aborning in the super-secret Robot Cult labs in the asteroid belt or through an "uploading" process whereby one's squishy en-brained mind manages to "migrate" without loss into that ethereal eternality that is cyberspace;".

This must be filthy reductionism, no doubts, mad scientists' unPC dreams, and of course fringe science and crankery... but wait a minute. This is not fringe science but the very scientific worldview, since Galileo. Galileo was forced by the Church to denounce his heretic notion that planets are just physical systems which move around and do their things in accordance with physical laws (other scientists have been less realpolitikally savvy and have been burned by the Church for saying exactly the same things). Since Galileo we think that the universe and everything in it, with no exceptions, are understandable by science and can be tweaked and modified by engineering once the underlying science is understood well enough. Not crankery, but the scientific method. Not mad scientists' reductionist and unPC dreams, but what actual scientists and engineers do.

When he is hard pressed, Carrico grudgingly concedes that "I am a materialist in matters of mind and that means, among other things, that I don’t discount the logical possibility that something enough akin to intelligence to deserve the description might be materialized on a different substrate.". So strong AI and mind uploading are at least logically possible, how interesting... But then, between one personal insult and another, he goes back to his usual attitude, which is a form of vitalism: "A doctrine that the processes of life are not explicable by the laws of physics and chemistry alone and that life is in some part self-determining. Where vitalism explicitly invokes a vital principle, that element is often referred to as the "vital spark," "energy" or "élan vital," which some equate with the "soul."".

What does Carrico have to offer in place of life extension, mind uploading and other transhumanist dreams? Well, one higher value that he frequently proposes is... shit (see here, here and here). Some transhumanists refer to him as "poop-hugger". Now he has a new vitalist slogan: "Intelligence isn't math, it's a squishy sloppy-wet mess, like a kiss.".

Well, better kisses than shit if you ask me. But the post is about the feasibility of AI and Mr. C. considers squishy sloppy-wet messes as the only possible substrate for intelligence. We are, of course, reductionists who discount "many dimensions associated with the actual exhibition of intelligence in the world (which include more than just cognitive reckoning with consequences but also sensitivity, imagination, empathy, emotionality, expressivity, savvy, instinct, improvisation, and a conscience that cannot be reduced only to calculation).". This is twice bullshit: once because all these nice things also originate from computation, and twice because he knows perfectly well that we don't discount them. Of course Mr. C. tries to hide his vitalism behind "I'm not positing any kind of mysterious supernatural force in the way that the vitalists did... You can discount this objection as woo-woo mysticism if you like, but it looks to me like pointing out errors, one materialist to another...". Hold on. Sorry Dale, this IS woo-woo mysticism, pure and simple.

Carrico likes to call transhumanists "Robot Cultists" but his own words when he worships The Holy Squishy Mortal and Vulnerable Body that has to Poop, for example "it is true that life is lived in bodies, and that bodies are various and vulnerable and mortal and hungry for connection, and that embracing embodied life demands an embrace of all this about bodies. To deny their variation, their vulnerability, their mortality, their sociability is to deny the body." sounds to me like mystic woo-woo cultism of the worst kind. Yes, I deny the body. So what?
Posted by Giulio Prisco at 4/02/2009 No comments: