Back from trip to NYC and Vermont 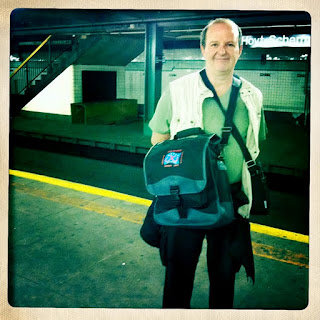 In the picture taken by my daughter I am in the New York subway with my late lamented Terasem travel bag, which was stolen by an asshole on the Amtrak train to Vermont. To the asshole: I guess you can make some money by selling the computers and cellphones in the bag, and there was some cash too, but I hope you spend it all on diarrhea pills.

I was a few days in Vermont where I attended the Terasem monthly gathering and annual graduation. In the video below I listen to Martine Rothblatt who talks of satellite radio, electric cars and solar energy... driving an electric sport car powered by solar energy in beautiful Vermont. Awesome.

On Cctober 13 I gave a talk on Transhumanism and Religion at Manhattan College. Thanks to Robert Geraci for organizing the talk, and thanks to all participants for the great questions and comments.

In the picture below I am with my good friend Guillermo Santamaria, whom I met at the Summit face to face for the first time. I met many other friends face to face for the first time, including Robert Geraci and Rachel Haywire, who is organizing the Extreme Futurist Festival in December in LA to bridge counterculture and academia ("if the original Burning Man was to meet the Singularity Summit, you would have Extreme Futurist Fest 2011"). An event not to be missed (though I am afraid I will have to miss it). 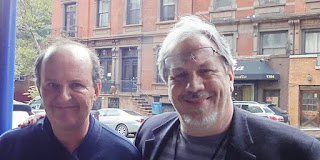 I was happy to meet again many good friends (too many to list). A special mention to Alison Gardner and Dan Massey (please see their website VenusPlusX and support their work), who also came to my talk on October 13. After David Brin's talk at the Singularity Summit (David said that the Singularity community should seek a dialog with religious people), Dan and I agreed that the religion of Science and the religion of Love are one and the same, or at least they should be.
Posted by Giulio Prisco at 10/22/2011 No comments:

Why Technoprogressives Should Join the Pirate Party 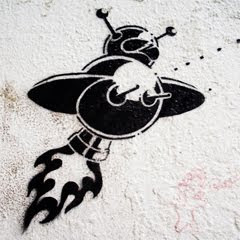 Join the Facebook group Space Piratez to discuss Why techno-progressives should join the Pirate Party?

IEET - Why Technoprogressives Should Join the Pirate Party

The liberation of people through technology, and the liberation of technology from the oppressive forces that want to control it, is part of the pirate DNA. This will be reflected at some point in actual policies of the Pirate Party, the party of the future...

Technoprogressives follow current developments in science and technology, and we see that someday, perhaps soon, we will be able to change the traditional human condition in novel and very radical ways. The next generations of technologies for human enhancement will permit overcoming unwanted biological accidents such as wrong gender, disability, undesired physical or cognitive shortcomings, perhaps even aging and death.

As it happened in information technologies, established research labs are leading the initial development phases, but open source citizen collectives of infohackers, biohackers, neurohackers, and nanohackers may gradually take the lead, in the open or underground. The latter may be the case, since the powers will try to control the development of human enhancement technologies, and the result can only be pushing development underground.

Make no mistake: hackers are much smarter than 9-to-5 workers, and they work much harder because they do what they like and like what they do. This will be a very unwelcome development for big governments, big corporations, and big banks, which, by their very nature, wish to control us-the-sheeple and keep us in chains. When these issue will be in the political arena they will fight back, and a very dirty fight it will be. We need a presence in mainstream politics to be prepared.

Last week, the Pirate Party of Berlin, Germany, garnered a shocking 8.9% of the votes in the city-state’s election to place 15 representatives in Berlin’s parliament. In a story on the result, the New York Times described Pirate Party leaders as "disarmingly honest… in their 20s and 30s… with no lack of confidence."

Buoyed by their Berlin success, the Pirate Party is sailing full speed towards the next German national election, scheduled in two years. A poll by the Forsa Institute indicates that 7% of the population aims to vote for the upstart new movement. Founded just five years ago in Sweden, the Pirates have quickly become a global force with chapters in more than forty nations.

The interview has been translated in many languages, here is an Italian translation.

Perhaps the main reason is that Pirates want to combine personal liberty and social farrness, and clearly affirm the importance of both. Pirates are for BIG, and many of us here are for BIG. But Pirates are also for personal freedom and a slim administration.

It is the only political party that I can see, in a future when these issues will be raised, clearly and openly embracing total self-ownership and morphological freedom.
Posted by Giulio Prisco at 10/01/2011 No comments: